Presented at Maxxi, Bergamo to Florence (and Rome) contribute to urban generation projects

The rehabilitation of the former Montelungo-Colleoni military barracks in Bergamo was the subject of the September 23 lecture at the MAXXI museum in Rome. The event, attended by an audience full of young architects, inaugurates a series of meetings to discuss urban regeneration projects through competitions announced by Cassa depositi e prestiti Group to redevelop two large building complexes.

The meeting was attended by the Director of MAXXI Architecture Margherita Guccione, director of investments at CDP Investimenti Sgr (CDP Group) Giovanni D'Onofrio, the President of the Jury of the competition Prof. Francesco Dal Co, town planning councilor of the City of Bergamo Francesco Valesini,  together with Alberto Veiga, owner of Barcelona-based Studio Barozzi Veiga which won the international competition.

During the event, CDP Investimenti announced the launch of a third international architecture competition for the former Hospital Sangallo, a complex of 16,000 square meters of s.u.l. in the Florence’s historic center. The competition will be judged by identifying the best urban "concept,” and its economic and financial plan for the redevelopment of the area.

The urban regeneration meetings, organized with sponsorship by CDP Investimenti,  are held as part of the space YAP - Young Architects Program Auditorium: YAP is a collaboration between MAXXI in Rome and MoMA / MoMA PS1 in New York, Constructo of Santiago, Istanbul Modern (Turkey) MMCA and National Museum of Modern and Contemporary Art in Seoul ( South Korea).

The next round of YAP Fest 2016 and CDP Investimenti Sgr will take place on October 19 at 17:00 at the Maxxi. It will cover the competition. 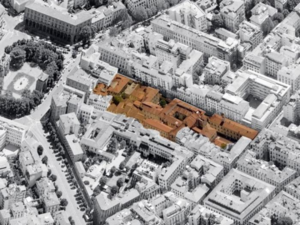 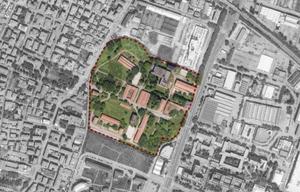