Urban Transformation: the new “Sani Barracks” brought to you by CDP

Urban Transformation: the new “Sani Barracks” brought to you by CDP

The winning project for the renovation of the Bologna complex put to tender by CDP Investimenti SGR was presented. Green space and new housing solutions

The renovation of the former military barracks situated in the Bolognina neighbourhood just one kilometre from the historic city, is added to CDP Group’s “urban transformation” activities along with the restoration of the former Guido Reni barracks in Rome, the former Montelungo Colleoni barracks in Bergamo, and the former San Gallo hospital in Florence. In fact, the fourth international contest organised by CDP Investimenti SGR has been completed, this time to design the spaces of the complex in Bologna, with the results of the competition being presented at the Urban Center. The General Manager of the SGR, Marco Sangiorgio, and the Town Planning Councillor for the Municipality of Bologna, Valentina Orioli, were present at the event.

The winner of the competition is “Passages”, the project presented by Studio Dogma. The chosen master plan enhances the outdoor spaces and restores existing structures: gardens, courtyards, bike and pedestrian pathways surround the area which will accommodate the new structures and the old buildings converted into domestic and working spaces. The new housing solutions will not only be dedicated to traditional families, but also temporary tenants that want to experiment new ways of living together. The event to present the winner was also an opportunity to inaugurate the exhibit of the five project finalists which can be viewed at the Urban Center until 16 September (Studio Hosoya Schaefer – Marcus Schaefer (Zurich – Switzerland); Studio Dogma – Martino Tattara (Brussels – Belgium); Studio XDGA –  Xaverius Marie Ernst De Geyter (Brussels – Belgium); Obr – Tommaso Principi (Milan – Italy); for the Junior Segment / under 39, Stefano Peluso (Bressanone – Italy). With this new project, CDP confirms its commitment to property enhancement and promoting Urban Transformation initiatives.

Even in this way #wepromotethefuture of our country. 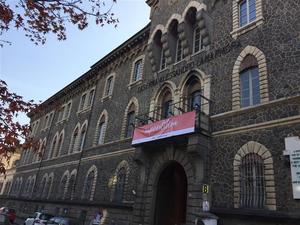