CDP makes a Plafond series available to citizens and entrepreneurs, by granting subsidised loans, with the aim of ensuring that people return to their homes and production activities resume quickly.

Individuals and owners of economic and productive activities, operating throughout the national territory

How does it work?

In recent years, CDP has allocated a total of over 20 billion euros, which are distributed thanks to a collaboration with the national credit system:

For all the Plafonds dedicated to natural disasters, the beneficiaries can go to one of the participating banks once they have received the confirmation of a grant from the relevant public administration

See the lists of participating banks on each Plafond’s dedicated web page.

Write to us using the form

The following Plafonds have been activated and can no longer be paid:

CDP offers financial support to the families and businesses affected by the seismic events that affected the territories of the Abruzzo, Lazio, Marche and Umbria regions starting from 24 August 2016.

CDP has made funds available for citizens and entrepreneurs to deal with damage to private assets and economic and productive activities, following a series of calamitous events that have occurred since March 2013 (floods, snowfalls, floods, storm surges, etc.)

This is a measure aimed at financially supporting the families and businesses damaged by the earthquake that hit the regions of Emilia-Romagna, Lombardy and Veneto in May 2012 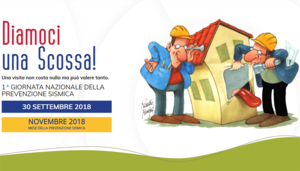 Write us Call us