Made in Italy: the world is “Original” with the Hub

Made in Italy: the world is “Original” with the Hub

SACE confirms its backing for Italian companies through a new project in support of the clothing sector, one of the sectors of excellence of Made in Italy.

The company, the export and internationalisation centre of the CDP Group together with SIMEST, has now completed the issuing of guarantees on two loans with a total value of 13 million euros to support the growth abroad of IMAP EXPORT SpA, a Campania-based retailer operating in the children’s fashion sector under the Original Marines brand.

SACE completed the operation with the support of two banks: UniCredit, which provided two lines of credit for a total of 9 million euros, 4 million euros of which are backed by a 50% SACE guarantee, and Banca Popolare di Puglia and Basilicata which granted another 4 million euros, again guaranteed by SACE.

The initiative supports the expansion of Original Marines in foreign markets, as provided for in the 2017-2021 investment plan, confirming the commitment of the CDP Group's export centre to the Made in Italy clothing sector, whose exports exceeded 20 billion euros in 2017, an increase of 4.7% compared with the previous year. 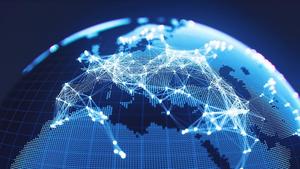 The CDP Hub on the Silk Road: new Shanghai office