Italgas is back: after 13 years back on the stock exchange

Pattofatto, CEO Cep Reti: "We are taking part in an important achievement. " Starting today, the company owned by the CDP Group is included on FTSEMIB.

Italgas is back on the Italian Stock Exchange after a 13-year absence and 180 years of history. Its shares were listed for the first time on 14 July 1851 on the Kingdom of Sardinia Stock Exchange, founded in Turin. Then for the second time in 1900 on the Milan Stock Exchange.

Today Italgas debuted on the Milan Stock Exchange following the "partial and proportional demerger" of Snam, in turn owned by the CDP Group via CDP Reti and CDP Gas. It will be part of the FTSEMIB, index consisting of the 40 most highly capitalized companies of Piazza Affari.

At the listing ceremony, characterized by the traditional ringing of the opening bell, spoke Leone Pattofatto, chief executive officer of CDP Reti: "We take part in a major achievement." Italgas and Snam "will be national and European champions in the industry."  It will make investments that will have a multiplier effect on the Italian gross domestic product,  added Marco Alvera, Snam  chief executive.  "There are advantages to Snam and Italgas, which has an ambitious growth plan."

Italgas, with a network of over 65,000 kilometers, is already the leader in the Italian market for urban distribution of natural gas. We have "a unique wealth of expertise and infrastructure" - said Italgas CEO Paolo Gallo.  "We will invest EUR 2 billion by 2020, of which 800 million euros are for the replacement of t gas meters. We will also participate in tenders for concessions in the territories with a further financial commitment of 1.3 billion euros for acquisitions, and about 1 billion euros of other investments for new concessions  we will win." 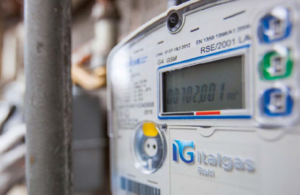