Fincantieri’ CETENA to work with ENR for maritime standardization

Fincantieri’ CETENA to work with ENR for maritime standardization

Centro per gli Studi di Tecnica Navale signed an agreement with the National Institution of Italy for Standardization Research and Promotion: working together to share skills and know-how

CDP controlled shipbuilder Fincantieri reaffirmed its commitment to innovation with a new collaboration agreement between its Centro per gli Studi di Tecnica Navale (CETENA) and the National Institution of Italy for Standardization Research and Promotion (ENR).

The aim of the agreement is to share knowledge and skills within their operational headquarters in Palermo, Sicily to realize research and development projects primarily in the field of standardization in the maritime sector.

The agreement is part of the series of collaborations that CETENA has carried out over time. CETENA’s presence in Palermo represents a central meeting point between the academic and the shipbuilding industry. To realize various projects, it has promoted synergies with different universities and CNR institutes based in Sicily.

As a result of these contacts, projects such as "Path of Excellence" were initiated. This was conducted with the University of Palermo to prepare young people for a future in naval engineering, through an ad hoc specialization within the degree in mechanical engineering.

The latest project between CETENA and ENR will allow for work in the standardization chain with initiatives oriented to research, development and innovation and a view toward continuous growth. 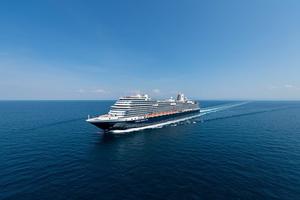 Nieuw Statendam and Panorama: the new successes of Fincantieri