New initiatives supported by SACE SIMEST, Ansaldo Energia, and Fincantieri designed to seize new development opportunities. CDP Chairman Massimo Tononi was also in Shanghai, where he emphasised the importance of supporting the growth of companies to overcome undersizing and undercapitalisation


In the wake of agreements signed last August, CDP Group continues to promote the growth of Italian companies in China. To achieve this, SACE SIMEST, Ansaldo Energia, and Fincantieri signed a number of new initiatives designed to help disseminate Made-in-Italy expertise within foreign markets, and  consolidate synergies with China.

The first deal entails the signing of a Memorandum of Understanding between SACE SIMEST, the CDP Group hub for exports and internationalisation, and the Bank of China (Milan branch), conceived to strengthen trade relations and investment opportunities between Italy and China and to consolidate the collaboration between the two countries in the Export Finance branch of the group.  As part of this agreement, signed at the China International Import Expo in Shanghai, CDP Group's export hub and the Bank of China will work together in support of Chinese companies that import goods and services from Italy, prioritising the civil aviation sector.

This trade fair in Shanghai represented a key opportunity for the signing of agreements regarding projects in the industrial sector, such as in the case of Ansaldo Energia and Fincantieri. In this vein,  Ansaldo Energia, a company in which CDP Equity holds shares, signed a contract worth around €60 million with Shanghai Electric Gas Turbine, for the supply of the first H GT36 gas turbine destined for the Minhang power plant, in Shanghai district. The initiative, signed by Ansaldo Energia Chief Executive Officer Giuseppe Zampini and Shanghai Electric Gas Turbine Chairman Yuan Jianhua, represents a key step for the introduction of Ansaldo's H-class gas turbines, and serves to further strengthen the long-standing synergy between the two companies, who have worked together on a number of agreements over the course of many years.

Meanwhile, Fincantieri, a subsidiary of CDP Group controlled through Fintecna, has finalised an initiative for the creation of a hub dedicated to shipbuilding, cruise, and maritime activities, as part of the drive by China to foster the development of these sectors.

Giuseppe Bono and Fan Shaojun, the CEO of Fincantieri and the Mayor of Shanghai's Baoshan District respectively, signed a number of contracts for the creation of an industrial dockyard that will prove fundamental to the manufacture of two cruise ships as announced in February 2017, within the framework of the agreements between Fincantieri, CSSC, and Carnival Corporation & amp; plc.

The deal is confirmation of the willingness of Fincantieri to take steps to break into a market such as that in China, which offers great opportunities in terms of the development of the naval industry. CDP Chairman Massimo Tononi was also present at the signing of the Fincantieri and Ansaldo Energia contracts, where he emphasised the importance of stregnthening the growth of Italian companies in order to overcome undersizing and undercapitalisation.

CDP-Intesa Sanpaolo: together for the growth of Italian enterprises in China 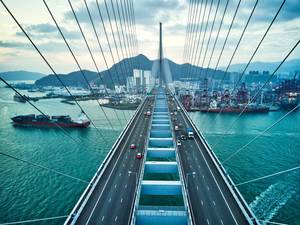 The CDP Group in China: the signed initiatives, from export to the environment 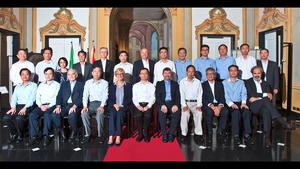