CDP for Afghanistan: 92 million Euros to Connect Herat to Kabul

CDP for Afghanistan: 92 million Euros to Connect Herat to Kabul

CDP signed an agreement with the Afghan Ministry of Finance to manage 92 million euros in credit to be used to complete a segment of road connecting and Chist-e Sharif, in western Afghanistan.

The 155 km of road will bring thousands of citizens out of isolation and constitute an important part of the connection between Afghanistan’s east and west, creating a direct link between Herat and Kabul and shortening  the journey between these two areas by more than 300 km.

CDP’s role is to mange the credit extended by the Italian Ministry of Foreign Affairs and International Cooperation, which for more than a decade has engaged in various sectors in western Afghanistan with infrastructure projects, such as the upgrade of the Herat airport to international standards, financed by a soft loan of more than 29 million euros managed by CDP.

CDP, as a Financial Institution for Development Cooperation, promotes projects to improve the life quality in developing countries, pledging to reduce economic and social inequalities between the peoples around the world. 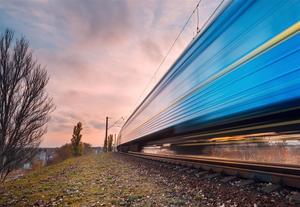