CDP brings together over 500 Public Development Banks for sustainable transition

CDP brings together over 500 Public Development Banks for sustainable transition

During Italy’s G20 Presidency, CDP will host the second edition of the Finance in Common Summit in Rome.

The key role of Public Development Banks (PDBs) in responding effectively and promptly to global challenges such as the climate crisis, offering solutions that promote equitable, sustainable and low environmental impact growth is the central theme of this year’s ‘Finance in Common Summit’ (FiCS).

The second edition of the Summit will take place in Rome on 19 and 20 October in a hybrid format. Cassa Depositi e Prestiti will host it in partnership with the International Fund for Agricultural Development (IFAD), the French Development Agency (AFD), the International Development Finance Club (IDFC), the World Federation of Development Financing Institutions (WFDFI), and with the support of all members of the Finance in Common Coalition. FiCS will bring the entire development financing community of over 500 national, regional and multilateral institutions together with their key partners and will be attended by Heads of State and Government, the private sector, civil society and academia.

The Summit will aim to identify common actions among PDBs to channel financial resources towards achieving the Sustainable Development Goals of the United Nations 2030 Agenda and the targets set by the Paris Agreement. It will explore various topics related to sustainable finance, including the fight against climate change and the preservation of biodiversity, the transformation of agriculture and agribusiness for sustainable agri-food systems, and the role of sport as a lever for development, social investments and gender equality.

Hosting the Finance in Common Summit 2021 in Rome in conjunction with Italy’s G20 Presidency and COP26 co-chairing has allowed in the 13 October Communiqué of the G20 Finance Ministers the recognition of the central role of PDBs in promoting a global financial architecture that fosters sustainable and inclusive economic recovery. A report containing the results obtained by the FiCS will then be presented to the 2022 G20 Presidency, as the Coalition has also been acknowledged as an official G20 counterpart. 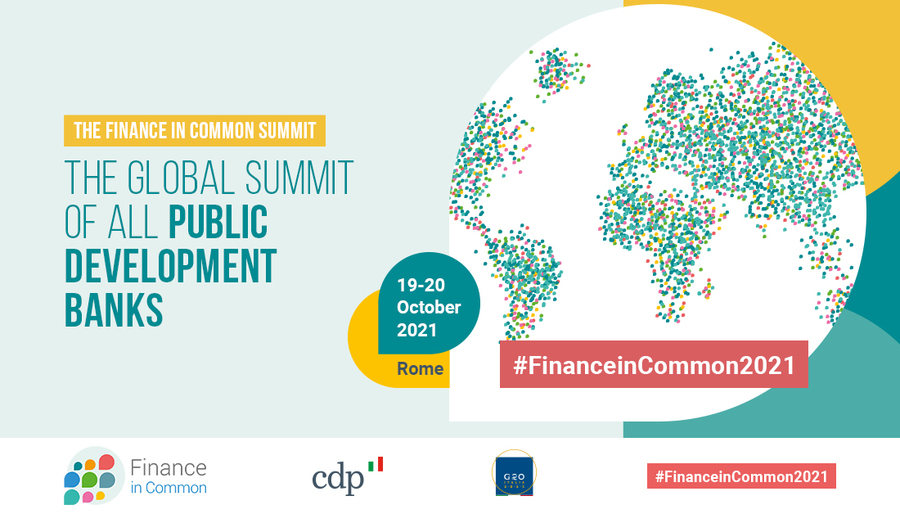 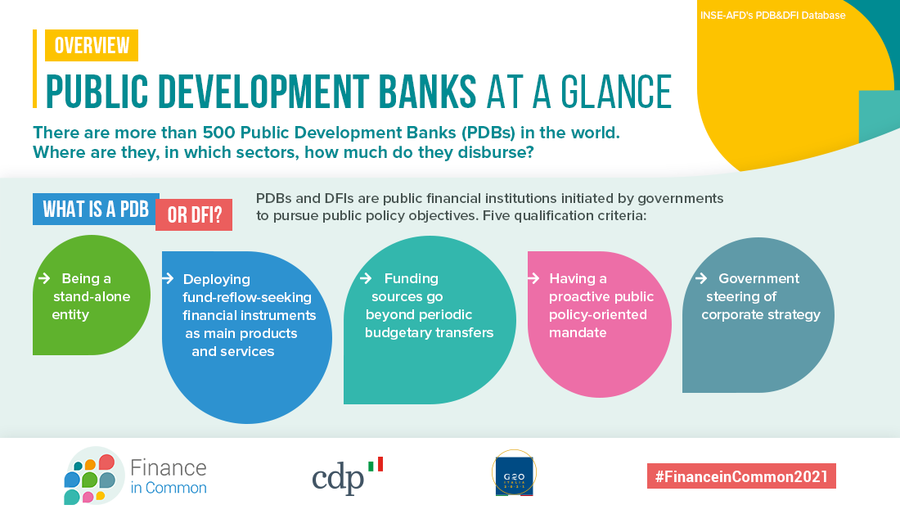 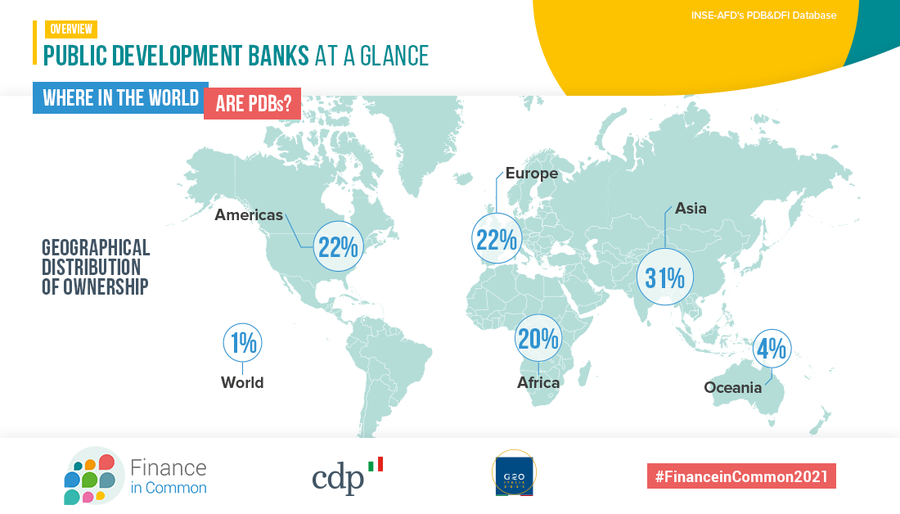 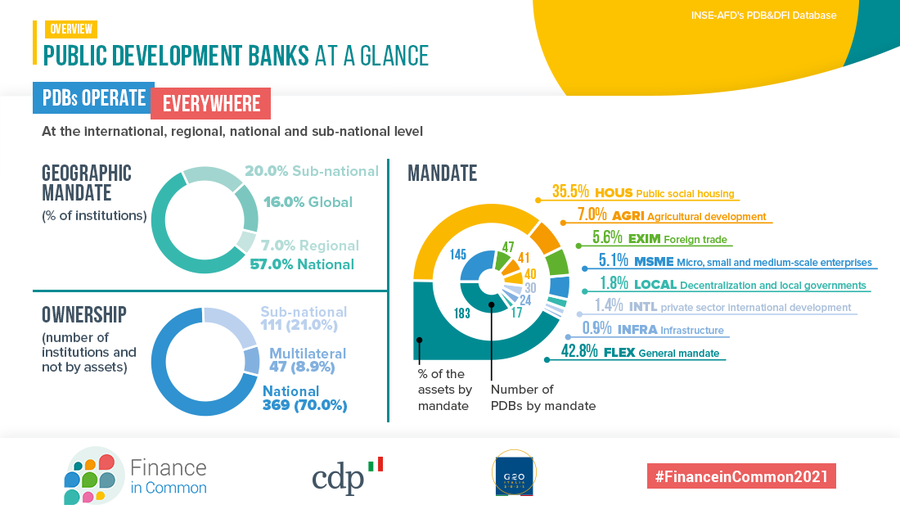 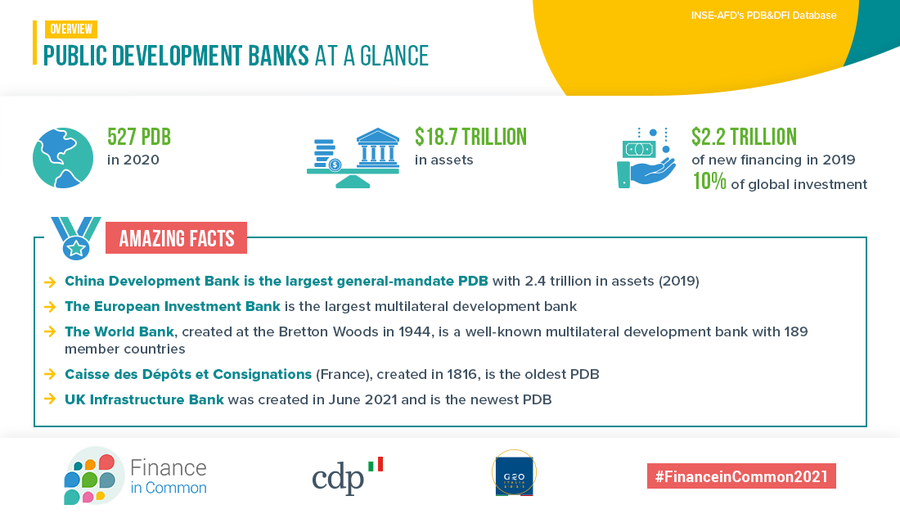 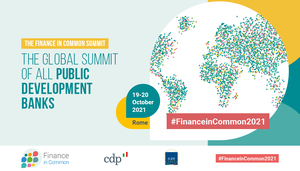 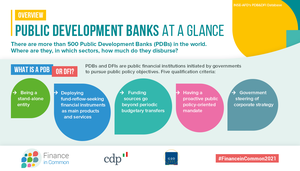 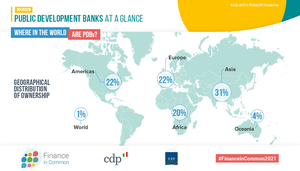 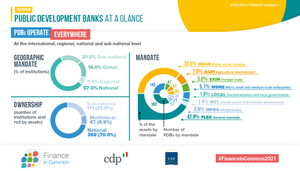 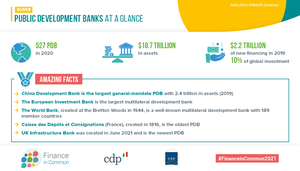