The CDP Group will be able to serve some 50,000 businesses and 2,000 institutions in an innovative way from the new office

Cassa Depositi e Prestiti's new service model has also arrived in Milan. With the inauguration of the new office, the capital of Lombardy will have a real operational base, with professionals who can respond promptly to the needs of businesses and public administrations.

It is no longer just a representative office, but an office capable of providing the Group's entire product range: from financing to guarantees, including new financial, technical and project consultancy activities to support PAs in developing infrastructure projects.

When fully operational, about 30 Group staff will work in the new office, providing comprehensive support that will enable CDP to assist about 50,000 businesses and 2,000 public authorities. This fits with its efforts over the past two years, which have seen CDP invest a total of more than 4 billion euros in Lombardy.

A photographic exhibition featuring 12 shots of the Bagnoli plant silos by Enzo Ragazzini has also been set up in the new premises.

The project is part of CDP's plan to move closer to its customers over the past 18 months, with offices having already been opened in Florence, Genoa, Naples, Turin and Verona, followed by Ancona, Bari and Rome, among others.

The event was also an opportunity for the Group to announce the launch of the Fintech and Insurtech Accelerator. The project is the result of a partnership between CDP and the Fondo Nazionale Innovazione, Digital Magics, Startupbootcamp and Fintech District. It aims to support the development in Italy of one of the largest innovation ecosystems in the fintech and digital insurance sectors. The new Accelerator will support up to 50 start-ups in three years, with an initial budget of 1.65 million euros, fully underwritten by CDP Venture Capital Sgr, who have already given the go-ahead for a further 2 million euros to be provided to support the operation later. 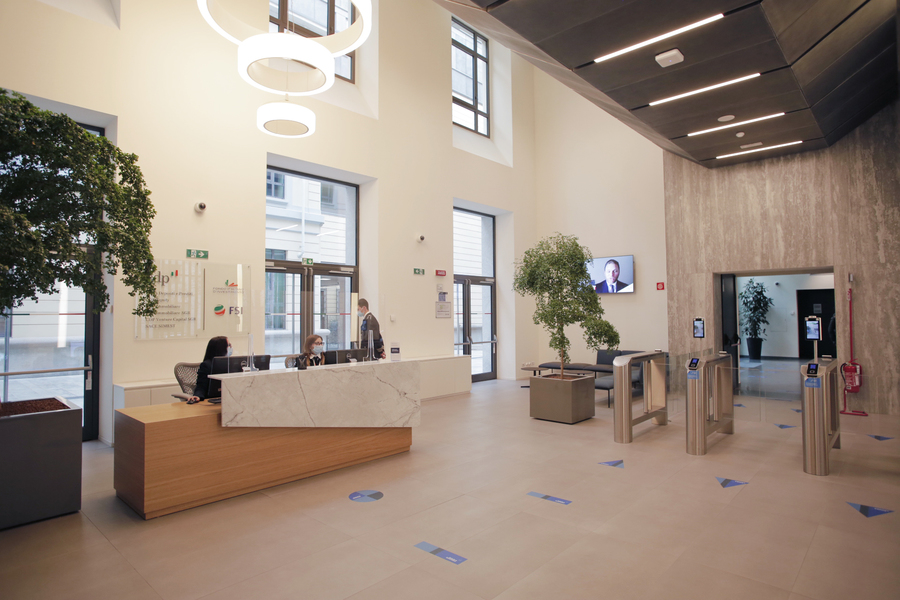 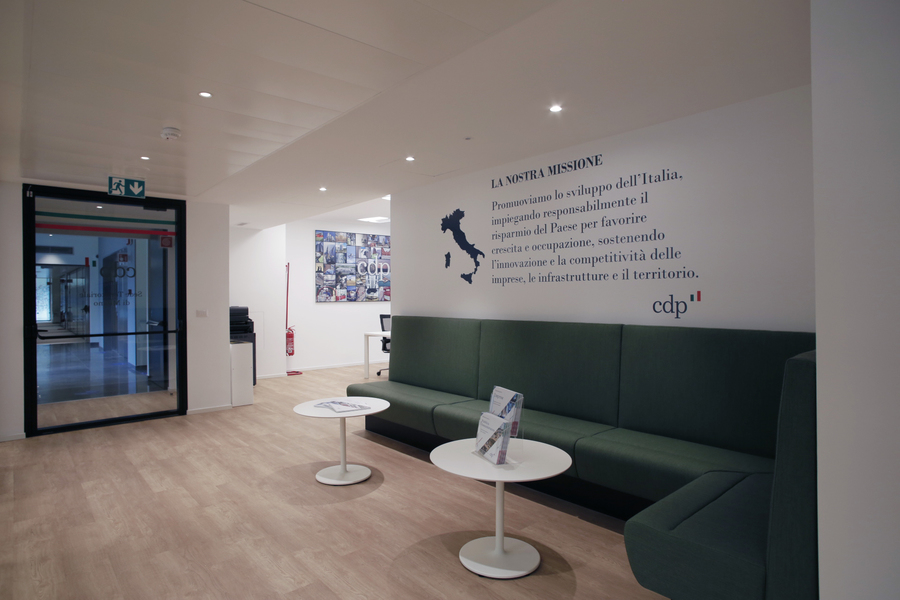 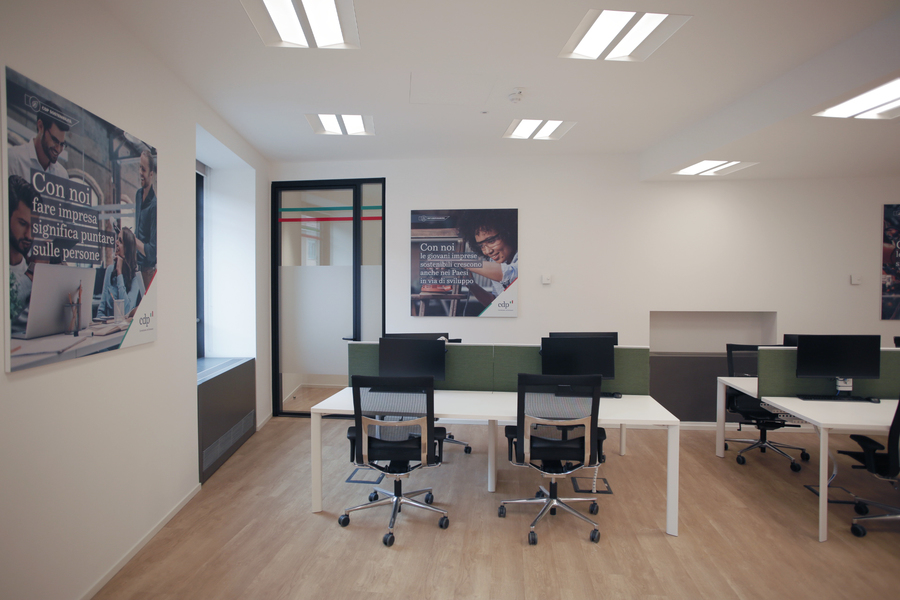 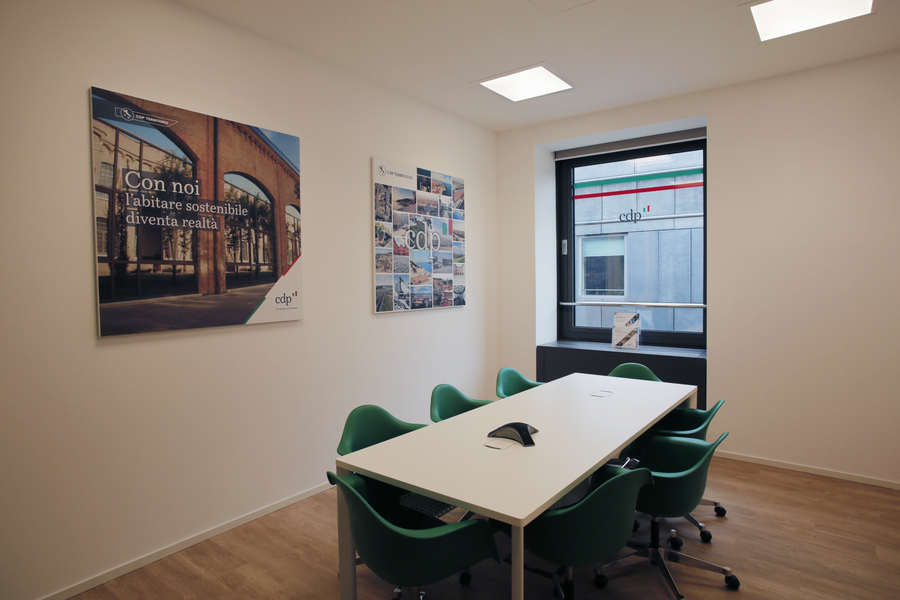 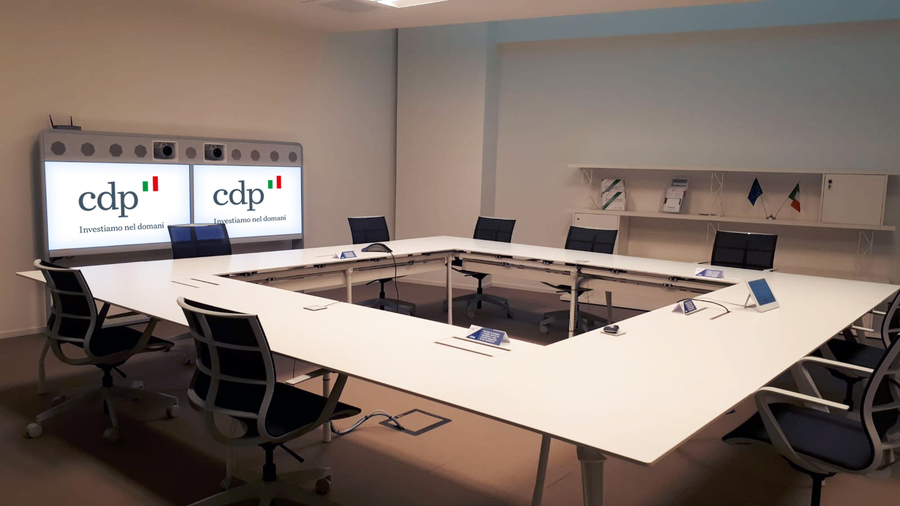 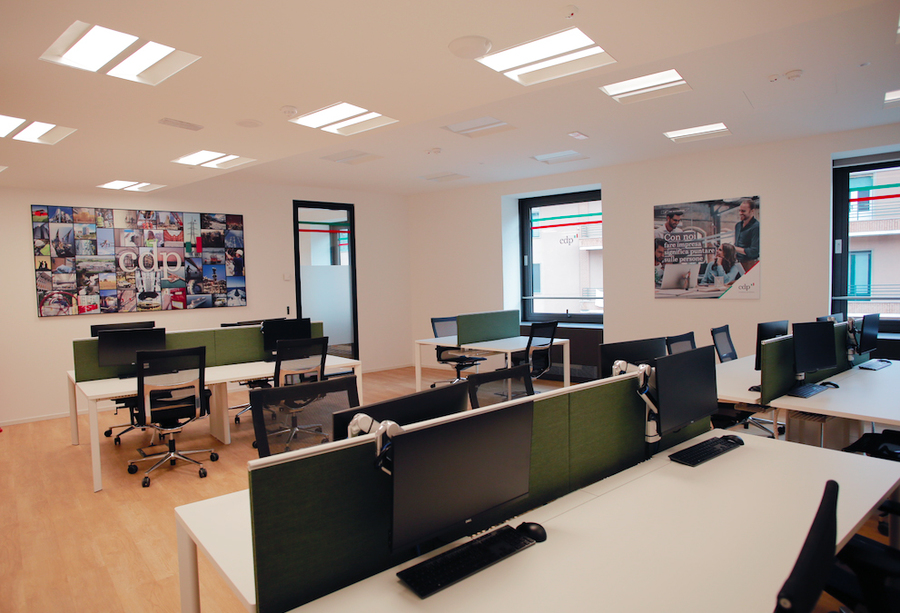 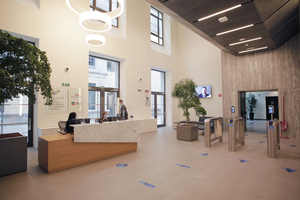 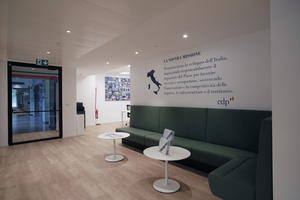 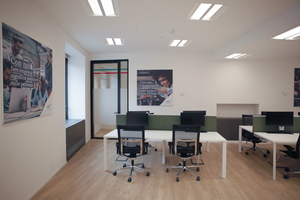 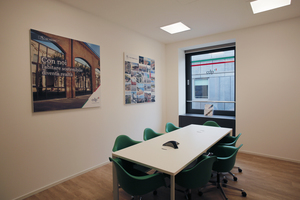 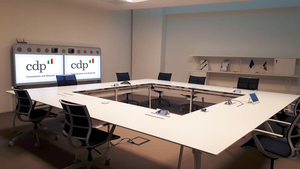 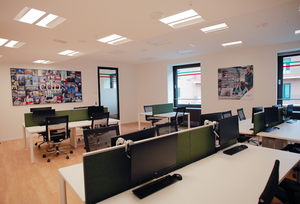