The Forum was held in Rome on 22nd and 23rd March, under the co-chairmanship of CDP’s CEO, Fabrizio Palermo for the first time. It was an occasion to highlight the CDP Group’s role in supporting Italian companies and to sign strategic agreements between Italy and China.

With more than 60 subsidiaries generating over €3 billion turnover in China, the country is a strategic market for the CDP Group. This is one of the most significant figures that emerged during the Italy-China Business Forum, the main platform for dialogue between Italian and Chinese entrepreneurs, held in Rome on 22nd and 23rd March. Fabrizio Palermo, CEO of CDP co-chaired the event for the first time, alongside Chen Siqing, President of the Bank of China.

The Forum, established in 2014 under the auspices of the Governments of Italy and the People’s Republic of China, aims to promote the development of economic relations between the two countries, supporting common interests, with a focus on trade, investment, science and technology, and tourism: among the managing members of the Forum are leaders of the most important industrial companies, financial groups and, Italian and Chinese trade associations, as well as some of the CDP Group subsidiary companies (Eni, Fincantieri, Snam, Terna, Ansaldo Energia and Trevi).

In particular, the 2019 Forum was an occasion to confirm the commitment of Cassa Depositi e Prestenti within the platform, underlined by the co-chairmanship of Palermo, the CEO, and by the signing of agreements to promote the development of Italian companies in China. Thanks to its financial and industrial competence, the CDP Group is a favoured representative for supporting Italian companies along their expansion paths in the Chinese market, offered through a wide range of tools, collected during the event in a single catalogue.

The CDP Group also guarantees the balance of relations between Italy and China, in light of its mission and thanks to its standing as a long-term stable investor.

The co-chairmanship of Fabrizio Palermo

During the inauguration of the Business Forum at Palazzo Barberini, CDP CEO Fabrizio Palermo underlined the importance of the platform to ensure cohesion between the two countries, expressing the will to use his co-chairmanship to strengthen the CDP Group’s commitment to support Italian companies in China.

Dialogue, co-operation and development of business opportunities between companies from the two countries are the objectives that Fabrizio Palermo outlined in relation to his new role as co-chairman, highlighting that China represents a market with extraordinary opportunity, because it is undergoing a process of transformation – from a predominantly economic model to one that is oriented towards relaunching domestic consumption and higher value-added production.

The CDP Group’s role will be strategic in this expansion process, it is already present in China with many subsidiary companies, Group and subsidiary offices and important Chinese investments – of over € 2.5 billion – in Group companies (such as the participation in the State Grid Corporation of China in CDP Reti and the presence of the Shanghai Electric Corporation in the Ansaldo Energia shareholding). 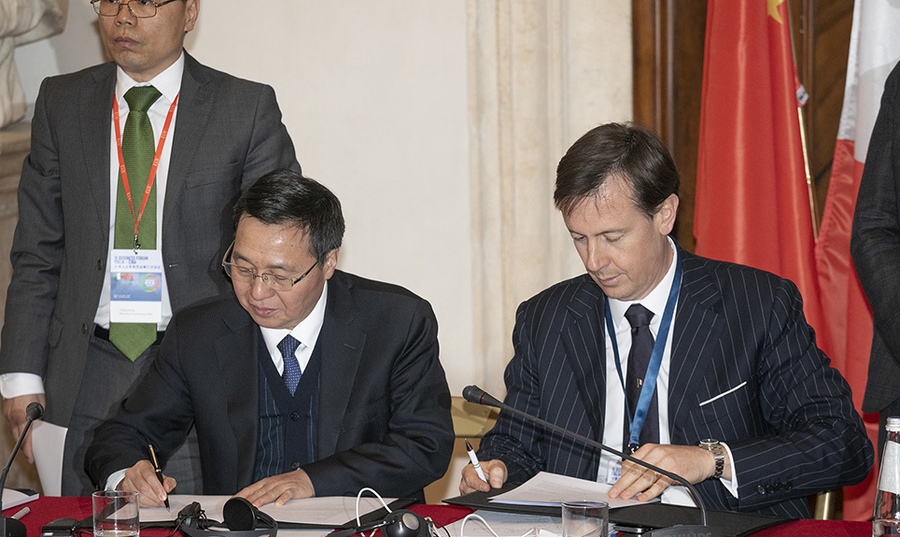 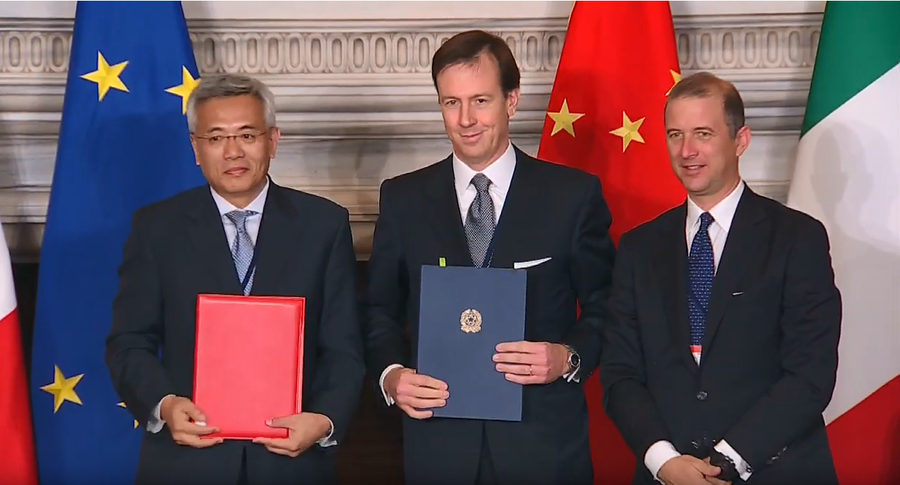 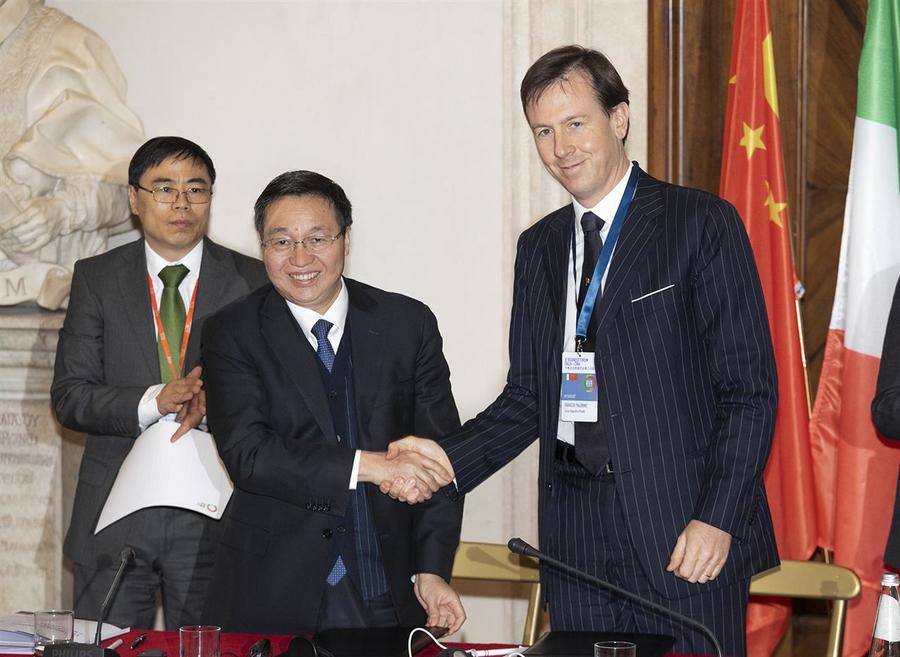 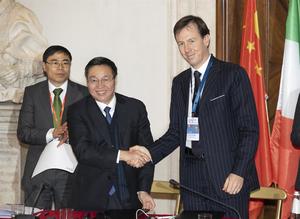 Many agreements were signed during the Business Forum and they are varied in nature.  CDP was involved in some of the most important agreements, alongside them, many companies signed MoUs with their Chinese counterparts, all with the same objective: to strengthen the collaboration between Italy and China in the financial, business and industrial sectors.

Silk Road Fund and Snam were the companies involved in the second agreement signed at the Forum: CDP will undertake to identify areas of common interest with them and carry out joint initiatives in China, Italy and other countries. Investment opportunities will be identified in sectors including financial services, agriculture, food, technology and infrastructure.

During the Business Forum, the CDP Group’s Export and Internalisation Hub confirmed its key role for the growth of companies on international markets. SACE SIMEST signed two agreements with SINOSURE, the Chinese export credit agency and SUMEC, the company that operates as the Chinese government’s import agent.

The agreements signed aim to strengthen collaboration to increase business opportunities for Italian companies in the two countries:  the agreement with SINOSURE will make it easier for companies to access financial insurance solutions for both parties and identify mutual interest projects. The agreement with SUMEC will be fundamental in facilitating the assignment of contracts to Italian suppliers, with the insurance-financial support of SACE SIMEST.

The Italy China Business Forum therefore represented a strategic moment for the whole CDP Group, called to strengthen its commitment to the growth of Italian companies operating in China and the stability of relations between China and Italy. As a National Promotion Institute, Cassa depositi e prestiti can consolidate its role in the cooperation between the two countries, working to ensure support for the growth of the Italian production system abroad, indispensable for contributing to Italy’s competitiveness in international markets.