The Memorandum sets out an investment sharing plan for the  introduction into the market of the new generation class H gas turbine. The operation, which follows on seamlessly from the agreements signed in 2014, will also give Ansaldo Energia full access to rapidly growing Asian markets that represent 50% of the global total.

About CDP and Ansaldo Energia

Ansaldo Energia Group is a leading international player in the power generation industry, to which it brings an integrated model embracing turnkey plants, components (gas turbines, steam turbines, generators and microturbines), servicing and work in the nuclear energy sector. Cassa depositi e prestiti Group subsidiary CDP Equity became Ansaldo Energia’s main shareholder in 2013 and since then the Group has been working with the company on a major international development effort, the results of which include the agreement with Shanghai Electric and the acquisition of a significant share in excess of 33% of chinese market (2015). As long term majority shareholder, CDP Group has also supported the company during periods of technological growth, through investments in the nuclear sector and the strategic acquisition of former Alstom assets in the heavy duty gas turbine sector, confirming the strategic value of its shareholding in Ansaldo Energia and its intention of continuing to contribute to the Company’s development in the future too.

Shanghai Electric Corp. (SEC) is a leading Chinese manufacturer of mechanical equipment. Headquartered in Shanghai, SEC is split into four production divisions: power plants, high energy efficiency plants, industrial plants and integrated services. SEC, which is 57.99% owned by the Shanghai State-owned Assets Supervision and Administration Commission (Shanghai SASAC), is listed on the Shanghai and Hong Kong Stock Exchange and has a market capitalisation of over EUR 5bn. In 2012, the company generated revenues in excess of EUR 9bn. 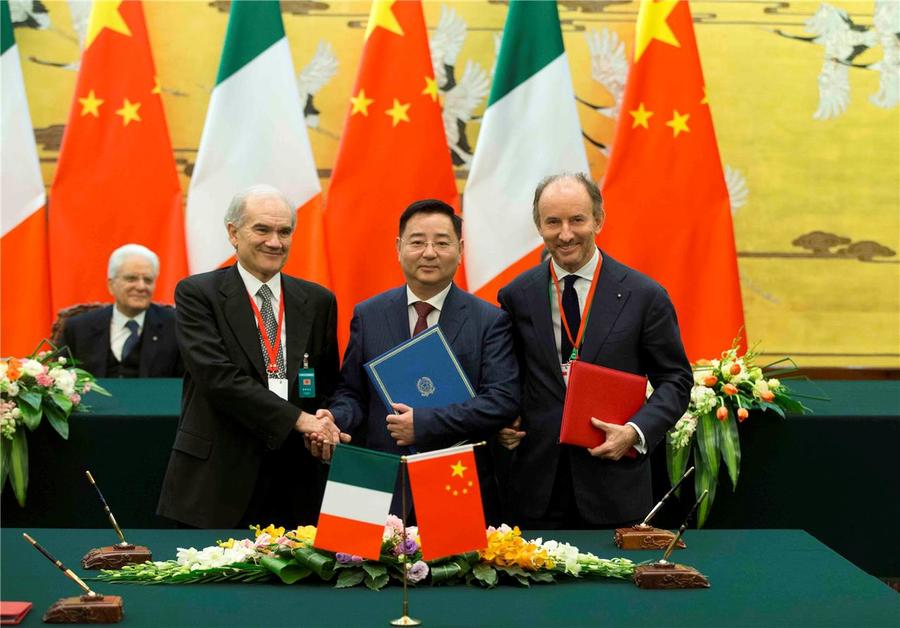